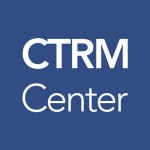 …as they are clearly the wisest people we have.

The Associated Press published an article earlier this week spot lighting some of the terrific work done by our Hollywood heroes and a few sorta-celebrities in fighting the good fight against evil energy companies and their tool of global destruction – fracking.  I will say, the article did a fair job of presenting a balanced view of the issue and exposed a few of them for being the hypocrites that they are.  A few of my favorite quotes from the article…

— Ono, at a news conference: “Fracking kills. And it doesn’t just kill us, it kills the land, nature and eventually the whole world.”

— Josh Fox, the director of “Gasland,” to the AP: “We have the capability of running everything in this country — including our fleet of 240 million cars — off of electricity from wind and from solar and from hydropower.” Fox said that society should be changing over “to renewable energy and doing it vigorously and quickly. And we could be doing that in New York.”

— Robert Redford, in a radio ad: “Fracking is a bad deal for local communities. It’s been linked to drinking water contamination all across the country. It threatens the clean air we breathe.”

One of the better takeaways from the article is found in a quote from a environmental group which notes the raging hypocrisy of many of these people famous for…whatever.  “In truth, celebrities are rich, and they use far more energy and resources than anyone else. There’s this grass-roots NIMBY revolt against fracking,” said Michael Shellenberger, who heads the Breakthrough Institute, a nonpartisan Oakland-based environmental think tank that is releasing a report this month on the environmental benefits of natural gas.

Is Your Marketing Working?

Holding Steady – Why There are so many CTRM Solutions

Author: CTRM Center
Website: https://www.ctrmcenter.com/what-is-ctrm-center/
About the Author: The CTRMCenter is your source for everything ‘CTRM’. This online portal, sponsored by Commodity Technology Advisory, features the latest news, opinions, information and insights on commodity markets technologies delivered by some of the industry’s leading experts and thought leaders.
More by: CTRM Center

Blog > Opinion > If You Want to Know What to Think or Do, Just Ask a Celebrity…