It has been a busy two-weeks at ComTech Advisory. Last week, Patrick and I were in London were we met with several vendors during a pretty hectic schedule managing to film four new Leaders in CTRM videos in the process. All four are currently in edit mode and should be made progressively available next week. This week, I attended the exhibition at EMart in Berlin where again I met with a number of vendors, service providers and colleagues across the industry. Many of these will be featured on this blog in the next several weeks. 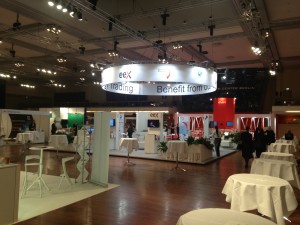 Meanwhile, Aviv Handler and I are in the final stages of writing up the survey results from the European Regulatory Study and hope to have that report issued and up on this website for download middle of next week as well. The focus of attention is now on completing the CTRM in the Cloud study before the end of the year as well. Talking of which – you can still take the survey here to help us with that one.

ComTech Advisory on the Road